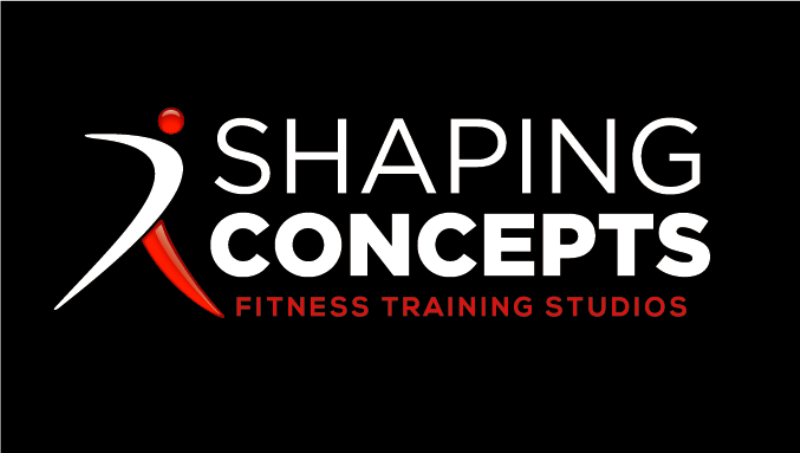 Can Women Burn Fat After Menopause? 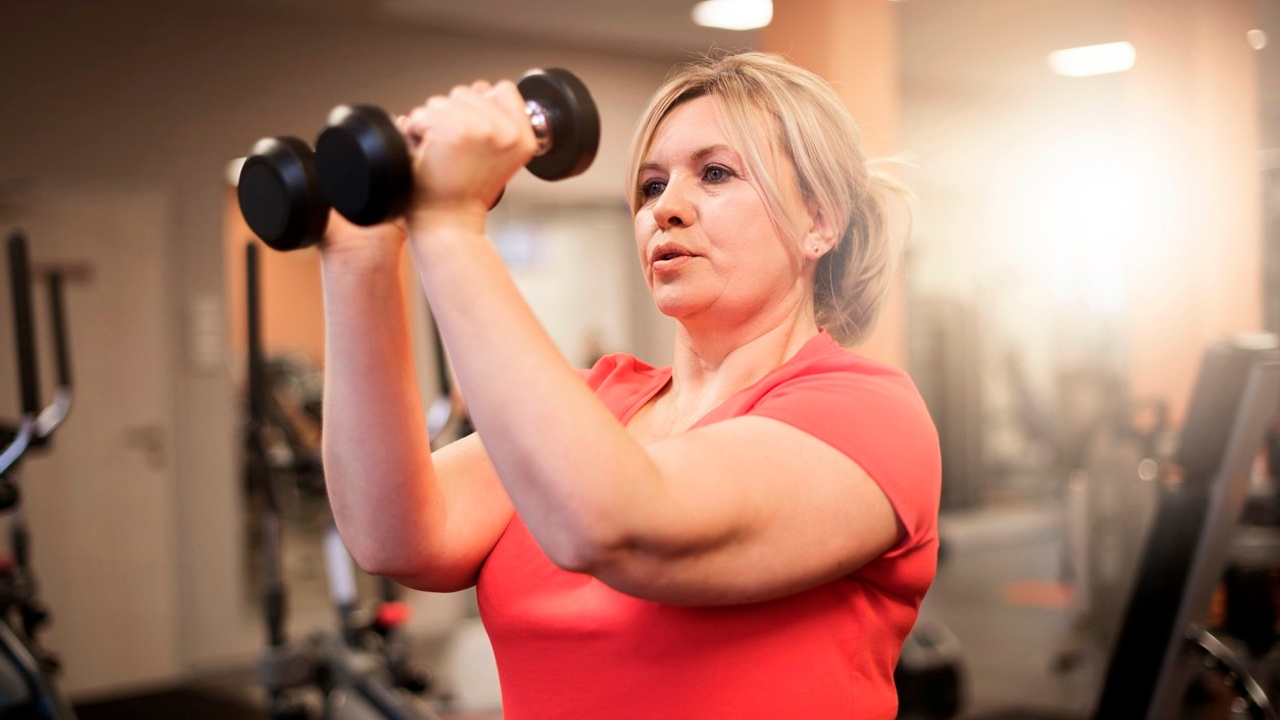 I came across a press release this week from Science Daily regarding a research study that looked at a woman’s ability to burn fat in a menopausal or post-menopausal state. Now it’s no secret that fat loss can be more difficult for women when they reach mid-life, but it’s not necessarily for the reasons you think. I thought it would be informative to do a blog post on this subject to help shine some truth on this controversial subject.

I’ll go right ahead and directly answer the question “Can women burn fat after menopause?”

The answer is unequivocally YES! This is the truth and it’s important to embrace this truth if you’re a woman looking to lose weight and you’re in any of the following categories:

Why is this so important?

Because it’s essential that you work from a place of truth, and you set your belief systems on said truth, so your thoughts are working for you and not against you. I preach this all the time, but it so bears repeating again and again…”As you think so shall you be.”

If you’ve told yourself (established a faulty belief system) that you’ll never be able to lose weight and change your shape since you’re <fill in the blank – any one of the three above categories>, chances are pretty good that you won’t. After all you’ve rooted your beliefs and thoughts there so your actions (behaviors) will follow congruently. There is simply no getting around this. Step number one is gaining understanding and truth on a subject then proceed with an action plan based on the truth.

Do any diet plan or workout plan you want and if you “identify” yourself as someone who is fat, you’re programming your body to follow your mind. Your actions will inevitably align up with your thoughts as you’ll be fighting (via willpower) that very strong influence of your beliefs. Flip this around so you work from a place of belief that you CAN lose weight and be leaner regardless of age and you’ll be taking the first step on your way there.

Alright back to the study. Basically, it was looking at the commonly held belief that estrogen deficiency following menopause is thought to impair a woman’s ability to use fat as an energy source. Not so fast, it appears this may not be true. Here’s a sample from the summary of the research.

Estrogen is viewed as a hormone promoting fat burning. After menopause, estrogen levels drop. The resulting estrogen deficiency is thought to reduce women's ability to use fat as an energy source, leading potentially to weight gain and metabolic health impairment. Estrogen levels can be restored with hormone replacement therapy (HRT). A study performed at the University of Jyväskylä found that the influence of menopause on fat utilization is likely minor compared with nutritional status or fitness levels.

When the rate of fat utilization was measured at rest after overnight fasting, its primary determinant was energy balance. Women whose energy intake was lower compared with their energy expenditure used fat at a higher rate. Higher fat utilization was also characterized by higher blood fatty acid and ketone levels. However, fat utilization of postmenopausal women did not differ from women who had not yet reached menopause or were using HRT.

"This was an expected result. Women burn fat also after menopause if their energy intake is less than their expenditure," says Doctoral Researcher Jari Karppinen.

Peak fat utilization rate was measured during a bicycle test. The highest rates were achieved by women with the highest fitness and physical activity levels. Again, postmenopausal women did not differ from women who had not reached menopause or used HRT.

The researchers here discovered something that I’ve witnessed several times (anecdotal evidence) over the past twenty years coaching and consulting middle age and mature women on fat loss and fitness. It’s that YES you can change your body and transform your figure regardless of age when you combine moderate short-term energy restrictions (deficits) with progressive energy inefficient exercise.

Huh? What the heck Shane, give that to me in some straight talk!

Yes, you can lose weight when you eat healthy foods, sometimes in amounts that provide less energy than you burn, and you add in some exercise that works your muscles and gets you out of breath.

How bout that. Pretty straight forward.

Ok, some of you may be saying to yourself “But I’ve already done that and it’s not / or didn’t work there Bucko!!”

Listen, I totally understand your frustration, but there’s a couple things I want to humbly bring to your attention.

First, what you “think” you may have been or are doing now that is in alignment with the above may not entirely be so. This is where a knowledgeable fitness professional who understands the unique needs of a middle age or mature women can help provide some guidance. 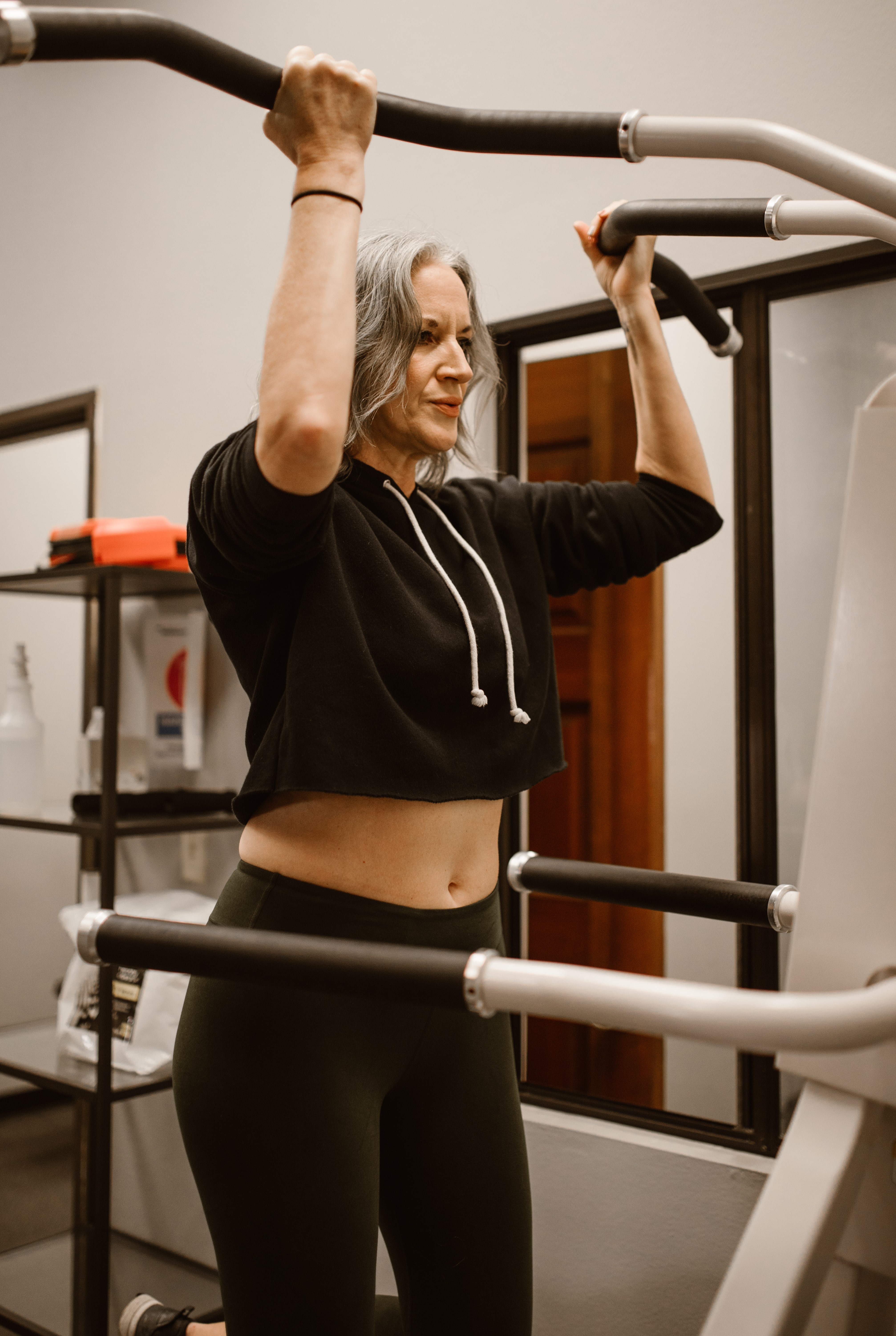 It could be that you have been in too much of deficit, too long in a deficit (starvation mode), that your exercise isn’t necessarily optimal or progressing in a manner to provide a metabolic response conducive with fat burning. This list could be long as there are a lot of variables.

Along those same lines, and secondly, you may need to look at some of these other variables that could be keeping you stuck. Here’s a short list of just some of the most common associated with aging in general.

Now many of the above can be rectified and improved with healthy lifestyle changes, but sometimes there’s additional help that’s needed. Again, this is where trusted health, fitness, and medical professionals come into play.

But before you get overwhelmed start with the basics. If you’ve been going it all alone and think you're doing things right but are still stuck get with a personal trainer or life coach who understands nutrition and exercise science. Don’t get frustrated going it alone and working off what you think you know should work.

If you’re not eating healthy, how about starting this week with eating some vegetables at least once per day. Can’t do that. Ok, let me know when you’re serious and when being fit, healthy, and leaner is a high enough priority for you.

Not doing any exercise, how about going for a walk every day this week. It’s a start. Again, if you’re starting from a place where you’re giving yourself reasons why you can’t, you’re probably right. Don’t look at what you can’t do, look for what you can!

I want to encourage you that you can most definitely make a change. It all starts with that belief in yourself and the truth that you can.

I’d like to wrap up this post with a quick story about one of my clients who just recently became a witness and testament to this very truth. My client who is in her late sixties has been working out with me for several years and up until recently we'd made solid improvements in strength, mobility, and lean muscle development, but body composition had been relatively stable. Well, recently dramatically changed as about three months ago she got super-focused and dialed in on a diet/nutrition routine.

By changing the way she ate (along with cutting out alcohol) she was able to lose over 20 lbs of body fat in twelve weeks time! Notice, I said body fat, not just scale weight. Every pound of weight she lost was from body fat! This was confirmed by InBody testing. And again, this is a woman who is in her sixties, and by the way she wasn’t killing herself with hours of exercise. She came to see me twice a week for strength training and then did physical activity most days  including aerobic based walking. It wasn’t like she was doing hours on an elliptical or treadmill or something. It was the diet/nutrition changes that made the big difference.

Don’t believe the lie that you can’t do it. If you’re someone who’s struggling, please don’t hesitate to reach out to me as I’m happy to be at your service. Often times, it’s simply a matter of getting everything lined up so that fat loss can happen. Stay encouraged. Be blessed - S

Shane Doll CPT, CSCS is a fitness professional and expert on exercise and body transformation for middle age and mature adults. He seeks to make a difference in the lives of others by providing instruction and coaching with a servant-based attitude. Since 2004 his Charleston personal training programs have helped over 3,000 Lowcountry residents. 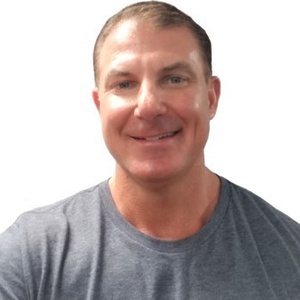 Shane Doll CPT, CSCS is a fitness coach who specializes in serving the unique wants and needs of middle age and mature adults. He is a writer, speaker, coach, mentor, and what some would call a modern-day dinosaur being an "old school" man of principle living in a woke new world. As a personal training entrepreneur and founder of Shaping Concepts Personal Training Studios in 2004, the business model has served over 5,000 clients in private gyms in both North and South Carolina. His mission is to help make a difference in the lives of others and simply become a little better each day at being a humble servant of the Lord by serving others. 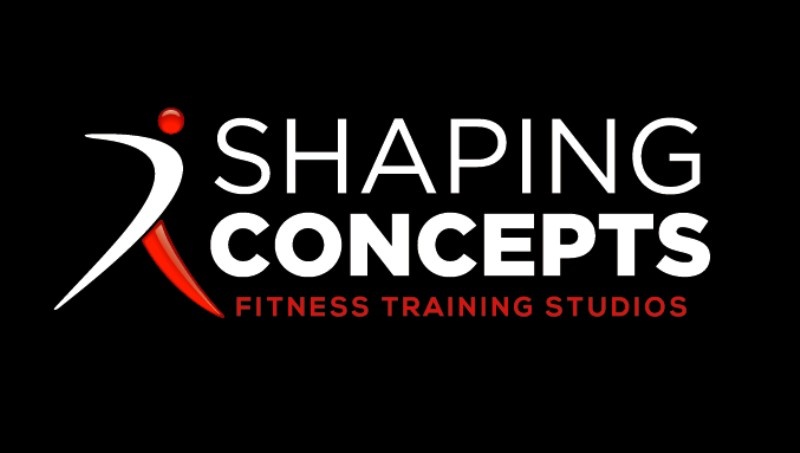 Subscribe to get weekly updates on all my latest content and news. I value your privacy and will never share your information with a third party. Give you my word to deliver valuable content but you can opt out at any time.